‘Women helping other women’ is the focus behind Trade Secrets / Glamour Secrets ‘Give & Take’ event. The national Canadian beauty retailer, with 65+ locations, invited customers to bring in their gently used hair appliance and as a thank-you to take 50% off a new one. The appliances ‘given’ to the stores are then donated to local women’s shelters and charities to help women struggling with turmoil rebuild self-worth and dignity.

In 2013, 2014 and 2016, The Collective was retained to create refreshed looks for the ‘Give & Take’ campaigns. Revitalized creative needed to attract a broad demographic of women aged 16 to 65, increase brand and event awareness, boost sales and donations. 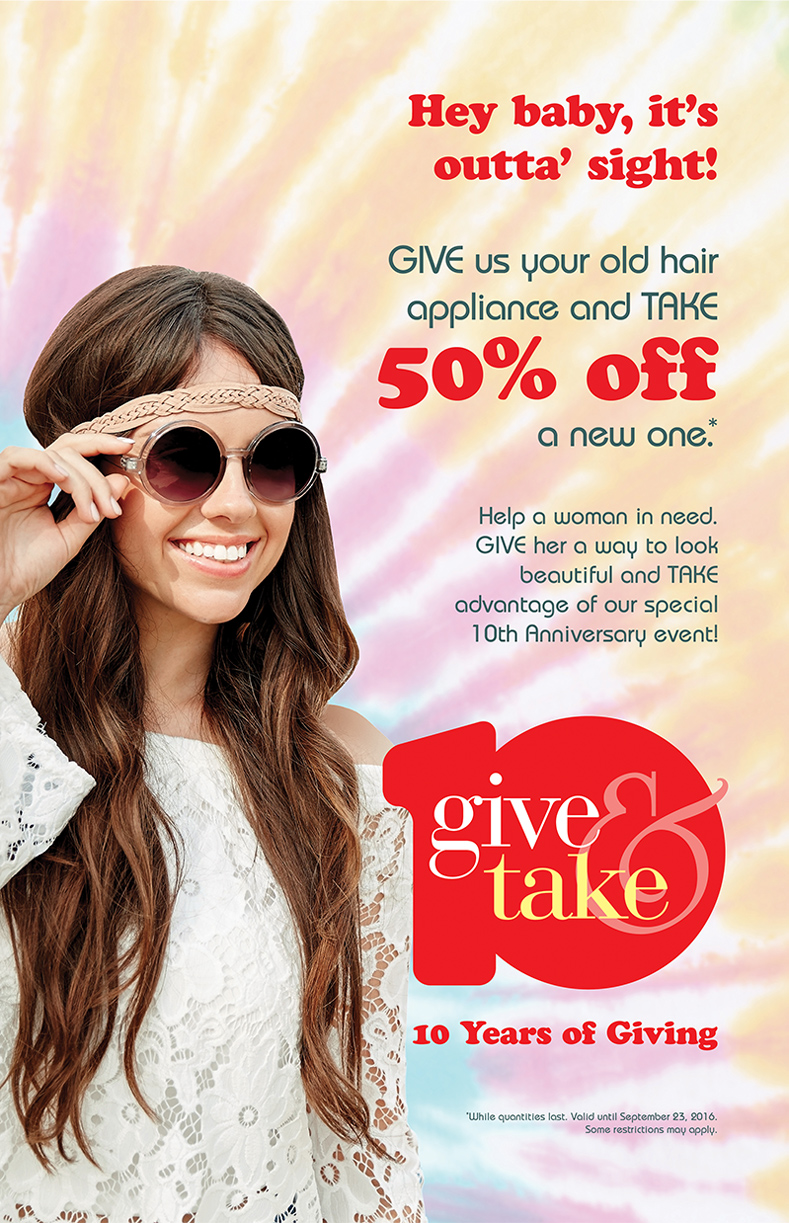 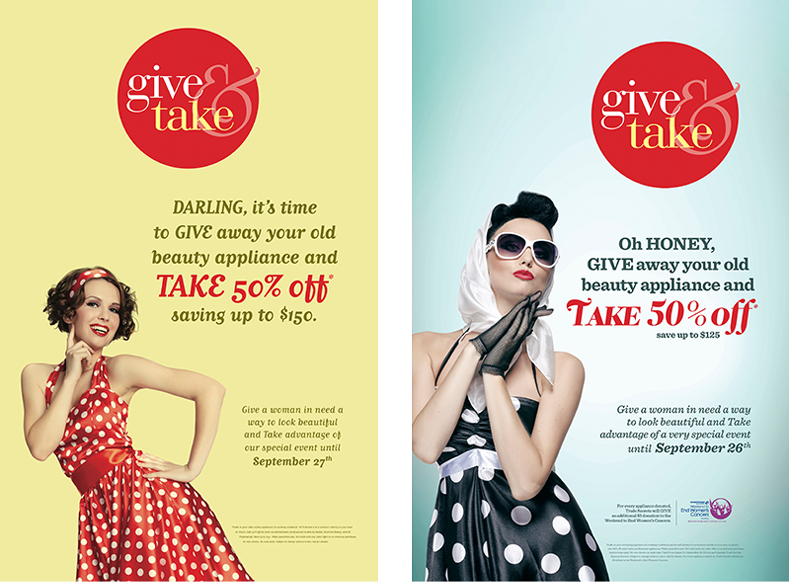 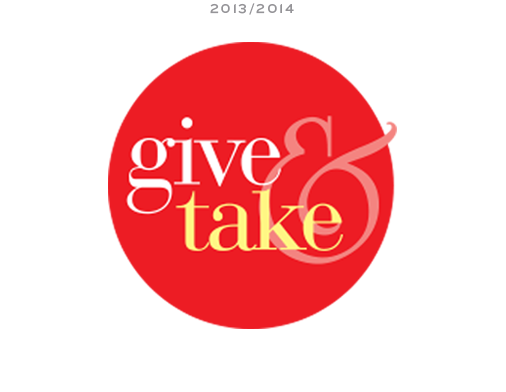 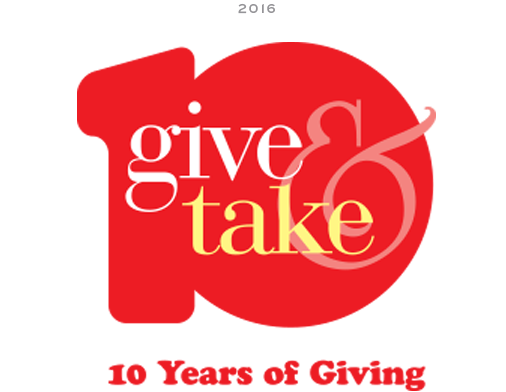 The Collective began by rebranding the Give & Take icon and creating a 50’s pin-up girl approach to the photography and copy. The campaign rolled out in-store, in print, on TV and with online digital ads.

The campaign continued to evolve in the second year of our mandate by adding 60’s flair to the pin-up girl images and the corresponding tone in copy for all creative executions.

This year, to celebrate the 10th anniversary of Give & Take, The Collective’s ACDC team redesigned the Give & Take icon. The creative continued to evolve as we campaign advanced by another decade, moving forward to reflect the 70’s hippie vibe that inspires today’s boho chic.

The rebranded campaign generated great interest and increased year-over-year sales by well over 120 percent. There was also a dramatic jump in the quantity sold.

The 2016 10th Anniversary Give & Take campaign has just launched and the expectation is for sales and donation results to continue to grow. 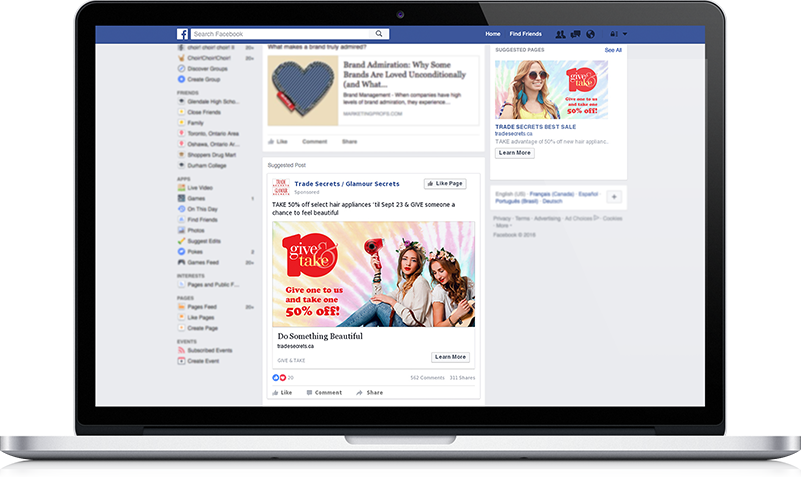